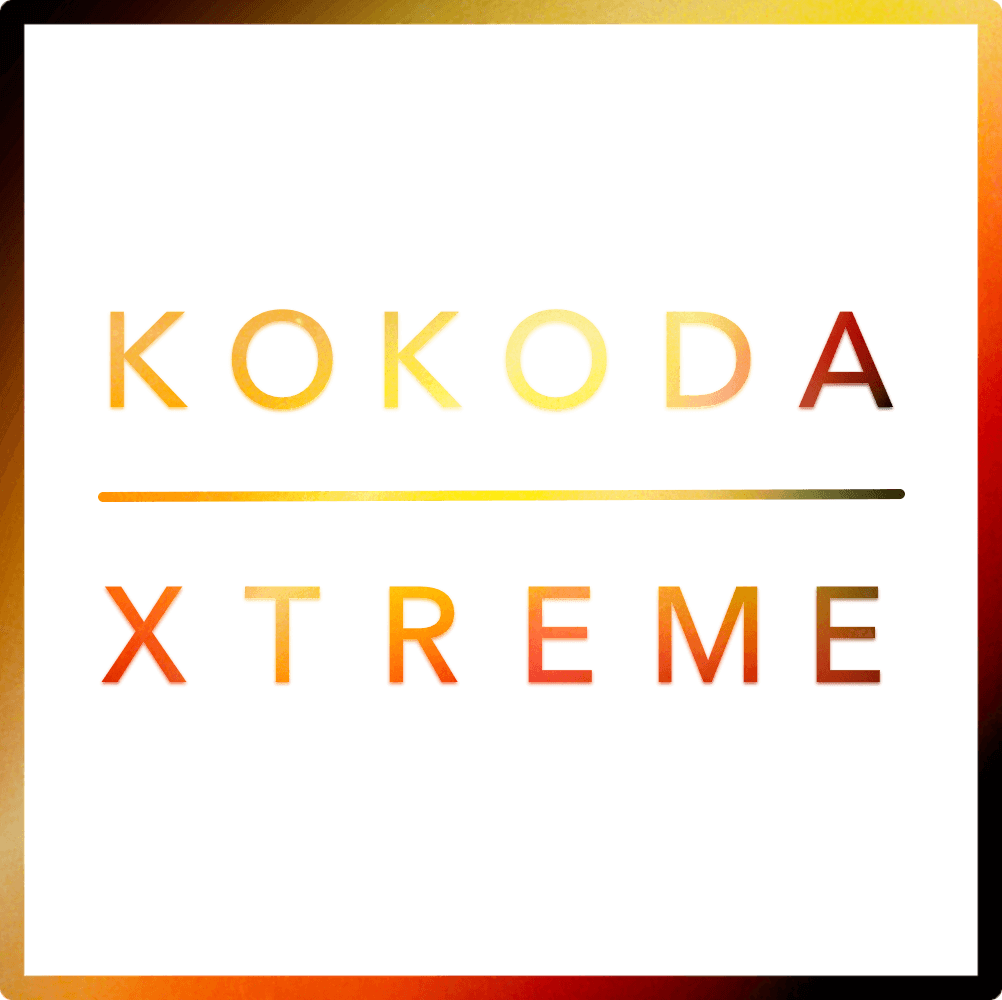 In 1942, a sometime single-file track which blazed across some of the world’s most inhospitable terrain defined a generation of Australian soldiers during World War II.

Described by ABC war correspondent Chester Wilmont as a ‘dark blanket of green treetops broken only by the white waters of the turbulent creek’, the 96-kilometre Kokoda Track connected the tiny, northern outpost of Kokoda with Port Moresby. Snaking across Papua New Guinea’s rugged interior and the Owen Stanley Range which soars above the clouds at 2250 metres (7380 feet), the Kokoda Track played centre-stage to one of the Pacific War’s most brutal and strategically important battles that threatened Australia’s security.

Despite their lack of jungle training a band of Australian and Papuan battalions were ordered to protect the flank of the Australian army during the battle for Kokoda in surroundings as brutal as the battles they fought. Our Australian Soldiers retained their faith that they would prevail and win against the Japanese in the end, regardless of the difficulties. Our men defeated an enemy who had never been conquered, an enemy that had never tasted defeat. They overcame overwhelming odds and atrocious conditions, outnumbered and out gunned, their victory was possible due to their self-belief, their trust and respect for each other, their dependence on each other and their ability to never give up, to hang in there when all seemed lost. In addition to 1600 soldiers that were wounded, 625 ‘Diggers’ and an untold number of Papuan Infantry Battalions and carriers (Fuzzy Wuzzy Angels) lost their lives.

Read more about our heroes’ incredible story of COURAGE, ENDURANCE, MATESHIP and SACRIFICE…

THE TRAIL TO KOKODA

On February 19, 1942, the largest air raid by the Japanese after Pearl Harbour rained down on Darwin, Australia – also the single largest assault ever inflicted on the country. An important defence base for the Dutch East Indies, 260 Japanese bombers attacked the city’s harbour and airfields, killing 252 Allied service personnel and civilians – the first of 97 air raids to occur on mainland Australia. The bombing of Darwin followed just four days after the surrender of Singapore and a full-scale invasion of the Solomon Islands and New Britain the previous month.

Though the Japanese had swept through South East Asia and the South Pacific with swift success in April 1942, US code-breakers deciphered radio messages outlining their pending invasion of Port Moresby by sea. On May 4, 1942, a joint Australian-American strike force including the carriers, Hobart and Australia were deployed to intercept and drive back the Japanese fleet in a surprise attack. Within three days, several enemy destroyers and cruisers were sunk in the Battle of the Coral Sea and the Japanese quickly withdrew. Their first major defeat was followed by the Battle of Midway in June, which not only destroyed Japan’s naval strength but also reduced the likelihood of another amphibious invasion of the coastal port and advancing further south to Australia.

Landing at the northern coastal villages of Buna, Gona and Sananda under the command of Lieutenant Colonel Hatsuo Tsukamoto, the first wave of Japanese soldiers prepared to strike the Allied outpost of Kokoda and its airfield on July 21, 1942. It was near the village of Awala where they met a small militia from the 39th Battalion led by Captain Stan Templeton under the command of (Australian) Major General Basil Morris. Inexperienced in jungle warfare and hampered by 30 kilogram supply packs that had to be carried in extreme humidity, cold and rain, the young Diggers were finally outnumbered by 1500 enemy fighters.

Despite moving back into the steep ridges of the Owen Stanley Ranges, the Diggers’ fierce resolve led the Japanese to believe that their force comprised 1200 men; not the remaining 77 soldiers who fought them in a full-scale assault.

Now having taken control of Kokoda, the Japanese continued with their overland offensive against Port Moresby. For the Australians, the loss of the airstrip meant that other companies of the 39th, 30th and 53rd Battalions and 35 indigenous troops from the Papuan Infantry Battalion had to be deployed to the village of Deniki, just south of Kokoda where they were ordered to recapture the airfield. With only two transport aircraft available in Port Moresby supplies were now air-dropped by the US Army Air Force (USAAF); the sick and injured also had to carried through the Owen Stanley Ranges by heroic Papuan stretcher bearers – known as the legendary ‘Fuzzy Wuzzy Angels’ by their Australian comrades.

It was amongst the carnage of the second assault that Private Bruce Kingsbury was killed as he rushed forward to drive back the advancing Japanese in a counter-attack. The Digger was posthumously awarded the first Victoria Cross during the New Guinea campaigns.

Despite the increasing number of sick and wounded, over the next two weeks the Australian units continued to engage in repeated attacks against the Japanese at Eora Creek, Templeton’s Crossing, Efogi and Mission Ridge. Exhausted from the hard fighting, the 7th Division Brigade comprising 2/1st Pioneer Battalion and 3rd Infantry were sent to relieve the 39th Battalion.

Just 48 kilometres from Port Moresby, the equally exhausted enemy was ordered by the Japanese military authorities to ‘advance to the rear’ to the north coast of the island where they were to establish a new defence line. On September 24, the Japanese army withdrew with the Australians now began their advance against the enemy on the track where the fighting all began. Retreating back to the Owen Stanley Ranges, the Japanese met the Australian 16th Brigade at Eora Creek and on November 2, the Diggers finally recaptured Kokoda before reaching the Kumusi River on November 18, 1942.

The success of the Kokoda Trail Campaign and the defence of Port Moresby was largely due to the Diggers and Papuans’ refusal to yield to the sheer scale of the Japanese advancement in what historians now claim was one of the greatest military feats in Australian military history.

The next coveted prize for the Japanese was Port Moresby in Papua New Guinea, a strategic base that was not only vital to their intended dominance in the South Pacific but also one that the enemy could use to invade the industrialised cities of eastern Australia and control the trade routes to the USA. At the beginning of May, an enemy seaborne strike against Port Moresby was launched under the command of Admiral Shigeyoshi Inoue.

The Japanese promptly mounted an overland invasion of Port Moresby from the northeast coast of the island. And linking the region to Ower’s Corner in the terraced hills just 40 kilometres from Port Moresby was the Kokoda Track – a ribbon of dense, impenetrable rainforests, treacherous white water and steep mountainous inclines that formed the Owen Stanley Ranges.

On July 22, Lieutenant John Chalk and his indigenous Papuan Infantry Battalion (PIB) ambushed Japanese forces near Gona before withdrawing back into the coastal jungle. The next day at Awala, the Maroubra Force engaged in six days of savage fighting. Withdrawing under a barrage of mortar and machine gun fire, the village of Oivi and Kokoda’s airstrip were finally captured by the Japanese but not before General Morris flew in reinforcements from the 39th Battalion and PIB, and ambushed the enemy at Gorari Creek. Fighting to the bitter end, nearly 40 men including their commanding officer, Lt Colonel Owen were killed during the first Kokoda Track assault.

At the village of Isurava the campaign along the track intensified into a full-scale bloodbath. It was here where the 39th and 2 /14th Battalions, with back up support from the 2/16th and 53rd Battalions met the opposing Japanese forces on August 26 in a fight to the death. Amid a hail of machine gun and rifle bullets, grenades, bayonets and ferocious hand-to-hand combat over the next five days, the fatigued Diggers held their positions against an endless wave of Japanese assaults before being forced back into the jungle. Ambushed by the Australians every inch of the way, the Japanese dead quickly began to stock pile – so much it was said that the Koiari villagers of Isurava claimed that the nearby creek ran red for almost a week.

Unable to hold back the Japanese, the new battalion of Diggers and Papuan fighters continued to withdraw along the Kokoda Trail until they reached Imita Ridge on September 17, 1942 – the last natural obstruction along the trail. It was here near the junction road at Ilolo where the ill-equipped Australians could now access a route that they could travel by jeep. The Diggers located a vantage point at the end of the trail – now known as Ower’s Corner – to drive back the Japanese. Trucking in supplies and artillery, heavy field guns were positioned to fire upon the advancing Japanese who held the opposite ridge at Ioribaiwa. The Japanese found the track to be impassable and for the first time the Australians were at an advantageous position.

Only a month passed before the savage fighting continued. Joining the 16th and 25th Brigades were two U.S. regiments who engaged the well-fortified Japanese at Buna, Gona and Sanananda. Despite suffering heavy casualties in the fierce fighting, the Allies recaptured Gona Mission before advancing on Sanananda on December 21 where fighting ensued. It was here where the 39th Battalion suffered crippling losses – now down to seven officers and 25 men. On January 2, 1943, Australian and US troops finally reclaimed Buna and within three weeks, had captured or killed most of the defending Japanese forces.